A Randomized Controlled Trial on Intra-Abdominal Irrigation during Emergency Trauma Laparotomy; Time for Yet Another Paradigm Shift

1 University of Illinois College of Medicine at Chicago

Objective: To determine the optimal volume of abdominal irrigation that will prevent surgical site infections (both deep and superficial), eviscerations and fistula formations; and improve 30-day mortality in trauma patients.Methods: We conducted a three-arm parallel clinical superiority randomized controlled trial comparing different volumes of effluent (5, 10 and 20 liters) used in trauma patients (both blunt and penetrating) age 14 and above undergoing an emergency laparotomy between April 2002 and July 2004 in a busy urban Level 1 trauma center.Results: After randomization, a total of 204 patients were analyzed. All patient groups were comparable with respect to age, gender distribution, admission injury severity score, and mechanism of injury, estimated blood loss and degree of contamination. The mortality rate overall was 1.96% (4/204).No differences were noted with respect to contamination, wound infection, fistula formation, and evisceration. The twenty liter group (Group III) showed a trend toward an increased incidence of deep surgical site infections when compared to the five liter (Group I) (p=0.051) and ten liter (Group II) (p=0.057) groups. This did not however reach statistical significance.Conclusion: The old surgical adage “the solution to pollution is dilution” is not applicable to trauma patients. Our results suggest that using more irrigation, even when large amounts of contamination have occurred, does not reduce post-operative complications or affect mortality; and it may predispose patients to increased incidence of abscess formation.(Trial registration number: ISRCTN66454589).

The trauma laparotomy has undergone several revolutionary changes over the past few decades. Spleen preservation, nephron sparing techniques, angio-embolization, the introduction of laparoscopic explorations to rule out diaphragmatic injuries and, above all else, the paradigm shift that entail the Damage Control approach and management of open abdomen have already made significant improvements in the morbidity and mortality of this patient population [1,2]. The use of evidence-based techniques has the potential to unlock additional benefits this cohort of individuals. This entails the re-examination and further appraisal under more controlled, rigorous conditions of traditional, time honored surgical maneuvers during the trauma laparotomy. One of these maneuvers is the use intraoperative irrigation.
As some trauma patients present with ongoing peritonitis from bowel injury they will require control of the source of contamination, since intestinal perforation and soiling of the peritoneal cavity is associated with high morbidity and mortality [3]. The use of irrigation for washout after the conclusion of an emergency abdominal procedure in a trauma patient is a logical, ubiquitous maneuver taught and practiced for over one hundred years, and considered to meet the standard of care; especially in the setting of abdominal contamination with enteral contents. There is, however, no quality evidence that supports it, and some data that may indicate it is potentially deleterious [4]. Factors that may potentially impact the desired effect include the volume of the effluent, where significant variability exist. There are several studies that specifically address this issue [5-8], but few of them meet criteria to be considered Level I human evidence. Therefore, no specific recommendations are currently available to guide decision making in the operating room, and existing literature seems to suggest a dose-effect relationship with the desired outcome [6-9]. Additional variables include the temperature of the effluent, the type of fluid utilized, the use of antimicrobials as additives and the source of contamination.
Thus, a single center, parallel, clinical superiority randomized prospective study was designed to compare three different volumes of irrigation with respect to complication rates and mortality, using 1:1:1 allocation ratios for each arm. After conclusion of the study the manuscript was revised and reformatted to conform to the CONSORT statement of 2010, using the published checklist [10].

The original study protocol was reviewed and approved by the Advocate Institutional Review Board. To assure compliance with accepted best practices for the conduction and reporting of clinical trials, this study was registered on a publicly accessible database. The trial registration number is ISRCTN66454589, and the registration, protocol and intervention information can be accessed at http://www.isrctn.com/ISRCTN66454589. Once the enrollment period began, all patients brought to the adult ER aged 14 and above requiring an emergent exploratory laparotomy for trauma were evaluated over a 2-year period (April 2002 to July 2004) for participation in the study. Inclusion criteria at that point included clinical or radiological evidence (i.e. CT scan, FAST exam or plain X-rays of the abdomen) of intrabdominal injuries (i.e. acute abdomen & clinical signs of peritonitis, free air, hemoperitoneum, evidence of peritoneal violation associated with a penetrating mechanism or the presence of retained missiles). Exclusion criteria at this stage included the need for concomitant extra-abdominal surgery, the presence of a pelvic fracture and severe TBI (GCS <6 noted during the primary survey). All eligible patients (or their representatives if unable to give consent) were approached in the Emergency Department for informed consent to participate in the study. Once entered into the study, patients were allocated a unique identifying number and transported expeditiously to the Operating Room (OR) for surgery.

Study protocol
Patients underwent exploratory laparotomy with a standard midline incision with subsequent repair of all traumatic injuries identified. Additional exclusion criteria at this juncture included using the open abdomen technique, intrabdominal vascular implants (but not primary repairs) and the presence of diaphragmatic injuries. Enteral contamination of the surgical field was subjectively graded by the operating surgeon as Not Significant (either absent or localized and easily removable) or Significant (noticeable to generalized soiling). Once all operative repair was completed (including restoring intestinal continuity) and a decision to perform primary closure of the abdomen was made, the patients underwent random assignment to one of three treatment groups: Group I, assigned to receive 5L of Intra-Abdominal Irrigation (IAI); Group II, assigned to receive 10L of IAI; and Group III assigned to receive 20L of IAI (for replication purposes and following accepted guidelines [11], additional description of the treatment groups may be found at the trial registration site, below). The surgical team was notified of the result of the randomization procedure in the operating room, and the abdomen was irrigated with the designated volume of sterile, 37.8 C (100 F) 0.9% Sodium Chloride Irrigation USP (Baxter Healthcare Corp, Deerfield, IL) bottles. The designated volume was pulled one liter at the time from the OR Storage Console Warming Cabinet (Steris Corp. Mentor OH) and poured into the patient to avoid temperature loss. Once irrigation was concluded the fascia was closed primarily and the skin was approximated if no colon injury was identified. Patients who died in the OR before randomization were excluded from the study. All patients received a standardized antibiotic regimen consisting of pre-operative Cefoxitin (Mefoxin, Bioniche Pharma, Lake Forest IL)  2 gm IV followed by 1 gm every eight hours for a period of 24 hours. Patients with known or suspected penicillin or cephalosporin allergy received Ciprofloxacin (Bayer Healthcare, Berlin, Germany) 400mg /Metronidazole (Pfizer, New York NY) 500mg IV for the same duration of the therapy.

Outcome and measures
After the assigned intervention was completed patients were followed up during their inpatient stay and after discharge, for up to 30 days. Additional late follow up was provided in the Trauma clinic as needed or as indicated, according to the non-study interventions the patients received.
Operative findings, gender, age, Injury Severity Score, estimated intra-operative blood loss and the attending surgeon’s subjective assessment of the amount of contamination were all recorded and entered into a database. Post-operative complications including 30 day mortality, intra-abdominal abscess, wound infection, fistula formation, and evisceration were also recorded. The diagnosis of intra-abdominal abscess required radiographic identification by computed tomography or ultrasonography, and confirmation of infection by open or percutaneous drainage and culture. Wound infection was defined as the presence of localized swelling, tenderness, erythema or purulence from the surgical wound. Evisceration was defined as complete separation of all layers of the abdominal wall with exposure of intra- peritoneal organs.

Randomization and intervention
The randomization was performed in a different room from where surgery was being conducted, and where study personnel not assigned to clinical duties (and blinded to the patient’s identity and injuries) would pull a pre-marked envelope with the group assignment on it, from an urn containing equal numbers of envelopes for the three arms of the trial, which was under the custody of one of the authors (SLS) at all other times.

Statistical Analysis
Our sample size was calculated using the available contemporary (i.e. at the time of the original sample calculation) English biomedical literature to query the known incidence of the complications of interest after a trauma laparotomy which could be theoretically preventable by the use of abdominal irrigation [12-20], and cross referenced with current literature for continued relevancy (Table 1). The compiled risks of incidence were then used to make the calculation, using a power of 80% and two-sided 5% significance level (and aiming for clinical superiority), performing a Bonferroni adjustment for three comparisons per variable, and selecting the largest (which was abscess formation) resulting in a sample size of 68 subjects per arm (after adjustments for possible 2% crossover between groups). Data analysis was performed using the Statistical Package for the Social Sciences (SPSS) v.15.0 (Chicago IL). Group data was expressed as Mean I Standard Error of the Mean (S.E.M.). Substantial comparisons between groups were performed using ANOVA with post-hoc test for parametric data and Chi-Square analysis for non-parametric data. Statistical significance was defined as P<0.02 after the Bonferroni correction.

Table 1. Complications of interest and their incidence according to available sources.

Overall 204 patients were analyzed in the study (Figure 1). Baseline demographic data is included in Table 2. All three patient groups were comparable with respect to age, gender distribution, admission Injury Severity Score, mechanism of injury (blunt vs penetrating), estimated blood loss (as recorded in the operative report), and degree of contamination. The overall mortality rate was 1.96% (4/204) with no significant differences among the three groups. 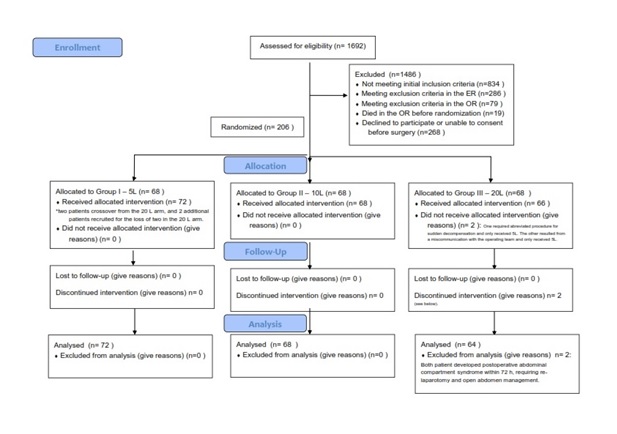 Table 2. Demographics and other information collected before treatment group assignment.

Among the survivors, no differences were noted within the groups with respect to contamination, wound infection, fistula formation, and evisceration rates (Table 3). The twenty liter group demonstrated a trend toward an increased incidence of intra-abdominal abscess formation when compared to the five liter (p=0.051) and ten liter (p=0.057) groups. However, this did not reach statistical significance. A post hoc analysis (Table 4) using the Bonferroni procedure was performed; and it provided confirmation of this findings.

aPulmonary embolism; bTraumatic Brain Injury, Severe ARDS, Pulmonary embolism. No significance differences found between the groups with respect to complications and mortality, after Bonferroni adjustments for 3 comparisons per variable (p=0.02)