A medico-legal case can be defined as a case of injury or ailment, etc., in which investigations by the law-enforcing agencies are essential to fix the responsibility regarding the causation of the injury or ailment. In simple language, it is a medical case with legal implications for the attending physician where the attending physician, after eliciting history and examining the patient, thinks that some investigation by law enforcement agencies is essential or a legal case requiring medical expertise when brought by the police for examination [1-4].
Any case of injury or ailment where some criminality is involved is called a medico-legal case. Duties assigned to physicians during medico-legal cases include determining the judicial nature of the case and to reporting the case to the appropriate authorities in the proper manner, completing a full and complete examination under appropriate conditions, and retention of all kinds of medical evidence and related material under proper conditions, and proper recording of the examination findings [3,4].
All patients presenting to the emergency department (ED) due to crushing, traffic accidents, firearms and explosive injuries, assault, burns, electric shock, asphyxia, torture, child abuse, falls and other injuries, poisoning, and suicide attempt are considered traumatic medico-legal cases [1,2].Traumatic medico-legal cases occur frequently in the EDs, which are seen as the entrance to health institutions. The ED examinations often constitute the first step of forensic examination. Emergency physicians have a duty to evaluate cases of medico-legal trauma and to transmit judicial findings to the appropriate judicial authorities in accordance with accepted procedures [1].
Emergency physician's medical records and official reports are very important in the cases of legal problem. Forensic reports created by the EDs represent critical evidence for the judicial process. Inaccurate reports cause delays in judicial proceedings and result in misleading decisions that may lead to the loss of patient rights. Identification of mistakes and deficiencies in forensic reports will help prevent accusations such as "neglect of judicial responsibility" and "untruthful expertise"[5]. The identification of common patterns in traumatic medico-legal cases can be used to help minimize such incidents.
The aim of this study is to determine the demographic, epidemiological and outcomes of traumatic medico-legal cases presenting at the ED of a tertiary hospital. We also discuss mistakes and deficiencies in the organization of forensic reports which were written by emergency physicians within the framework of the current laws and international standards.

Study design and settings
Traumatic medico-legal cases which present to Emergency Department of Adiyaman University Training and Research Hospital were evaluated between January 01, 2014 and December 31, 2014, retrospectively. Adiyaman University Training and Research Hospital is an important center serving the Southeastern Anatolia Region. The study was performed in compliance with the World Medical Association Declaration of Helsinki on Ethical Principles for Medical Research Involving Human Subjects and approved by the Medical Ethics Committee. This study was verified according to the checklist for observational studies in strengthening the Reporting of Observational Studies in Epidemiology (STROBE) and registered to clinicaltrials.gov (ID: NCT03133702).

Data collection
Data were obtained from hospital medical records, forensic reports, and patient ED charts. Demographic characteristics, time of presentation to the ED (month, season), traumatic characteristics of medico-legal cases (e.g. traffic accident, poisoning, suicide attempt, fall, occupational accident, gunshot wound, stab wound, burn, electric shock, sexual abuse, victim of violent crime), form of suicide attempt, suspected poisonous substance exposure, the result of follow-up (discharge, hospitalization, referral to another institution, death) and the type of forensic report (definite-provisional) were recorded in a standardized a study form. Traumatic medico-legal cases presenting at the Emergency Department of Adiyaman University Training and Research Hospital were included in the study. Cases in which the forensic report and patient the ED charts could not be retrieved and nontraumatic medico-legal cases were excluded from the study.

Definitions
Evaluation of the accuracy of the forensic reports was carried out by two forensic medicine specialists in accordance with principles stated in the published by the Ministry of Health General Directorate of Primary Health Services, B.10.0.TSH.013.003-13292 dated 22.09.2005.
Traffic accident, poisoning, suicide attempt, fall, occupational accident, gunshot wound, stab wound, burn, electric shock, sexual abuse, a victim of violent crime was defined as medico-legal cases. If the evaluation of the patient was completed as a result of the forensic examination, the forensic report that was written was defined as a definite forensic report (final report). If the trauma findings were not yet fully diagnosed, the written forensic report was defined as a provisional forensic report (first, temporary report). Road traffic accidents, in-car accidents, motorcycle accidents and bicycle accidents were included in the traffic accident group. The patients were analyzed in groups according to age: 0-17 years, 18-44 years, 45-64 years, and over 65 years old.

Statistical analysis
The data were initially entered into the Microsoft Office Excel 2007 software and were checked whether they are correct or not via patient’ medical records. The data was analyzed using Statistical Package for the Social Sciences (SPSS Inc., Chicago, Illinois, USA) version 16.0 software. Numerical variables are expressed as mean ± standard deviation (SD). Categorical variables are expressed as number and percentage. Distribution difference of medico-legal cases according to age groups was evaluated using the Chi-squared test.

Table 1 . Distribution of traumatic forensic cases according to age groups. 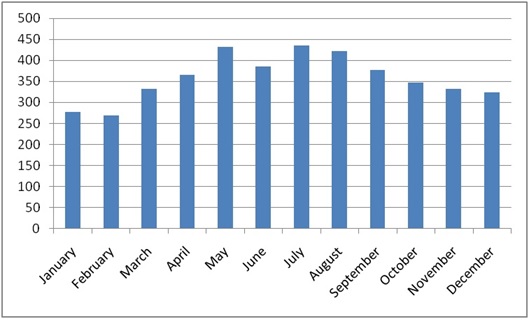 Table 2. Forensic cases according to the nature of the event.

Table 3. Distribution of suicide attempts according to age groups

Evaluation of Forensic Reports written in the ED
Among the medico-legal trauma cases, 63% (n=2711) were classified as “definitive forensic reports” and 37% (n=1589) were classified as “provisional forensic reports”. None of the forensic reports had a judicial interpretation. The cause of the incident in all the cases was completely specified in the patient ED chart in cases of suicide attempt and poisoning with an active substance. When two forensic medicine specialists evaluated the accuracy of the forensic reports written emergency physicians, it was found that the cooperation status was not recorded in 82.7% (n = 3556) of all forensic reports. External traumatic lesions were not identified in 62.4% (n = 2683) of forensic reports.  In 47.4% (n = 2038) of written medico-legal cases, errors related to the specification of injury severity were identified. The general condition and consciousness status of the patient was incomplete in the documentation for 1.8% (n=77) of medico-legal cases.

In the present study, we found that the majority of medico-legal trauma cases occurred in individuals aged 18 to 44 years, and that medico-legal trauma involved males more commonly than females. The greatest number of incidents occurred during the summer months, particularly in July. The most common cause of medico-legal trauma cases in the ED was traffic accident followed by violent crime and suicide attempt. The most frequent method for suicide attempt was self-poisoning by drug overdose. The majority of cases were discharged with healing after treatment in the ED. The most common errors in forensic reports were the failure to record the cooperative status of the patient and poor identification of external traumatic lesions. By highlighting mistakes and deficiencies in forensic reports, we hope that new efforts can be made to provide pre- and post-graduate training on the preparation of forensic reports.

Aktas, N., Gulacti, U., Lok, U., Aydin, I., Borta, T., Celik, M. Characteristics of the Traumatic Forensic Cases Admitted To Emergency Department and Errors in the Forensic Report Writing. Bulletin of Emergency And Trauma, 2018; 6(Issue 1): 64-70.